Ok, it is time to upgrade the blade server HS20 to dual processors. On Sunday’s maintenance window, a second CPU was successfully installed into 5 IBM blade servers HS20. 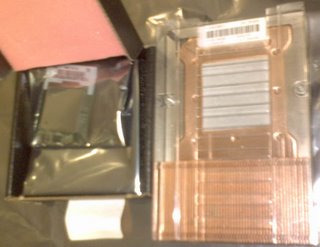 It was much easier than I did it to my own PC long time ago.
Here are a couple steps that I went through to install the second CPU, alone with a couple snap shots using my Sony W600i cell phone.

Installation:
Here is the CPU and the heat sink. 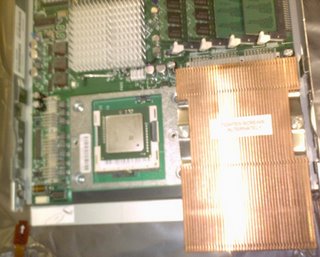 Peeled off the sticker use to cover the CPU’s pin holes. Pull out and lift up the CPU locking lever to unlock the CPU socket. Touch the static-protective package containing the CPU to any unpainted metal surface on the blade server. Align up the triangle on the corner of the CPU with the triangle on the corner of the socket and carefully let the CPU sit into the socket. Make sure that the CPU is oriented and aligned correctly in the socket, and do not use excessive force to press it. It should be able to sit into the socket itself without pressing it. After that, the lever can be carefully close to secure the CPU in the socket. 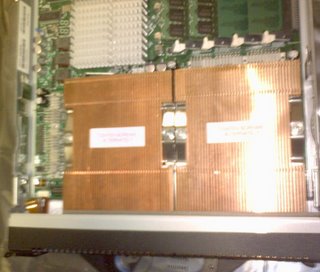 Configuration:
The BIOS detected the second CPU automatically. And the Windows 2003 server detects the CPU upgrade automatically too, so basically there is no OS configuration needs to be done.

Performance:
The CPU upgrade was done in 5 production blade servers, so I didn’t use and benchmark to test it. But there is a noticeable speed increase in the performance.

And here are a couple more snap shots of the device manager and task manager before and after the CPU upgrade.
Before: 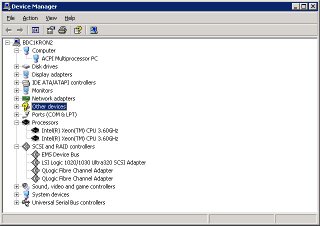 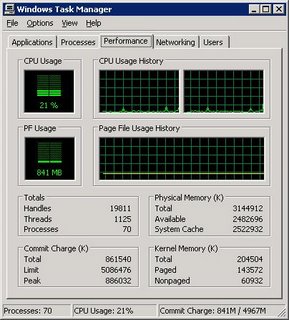 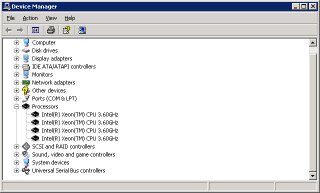 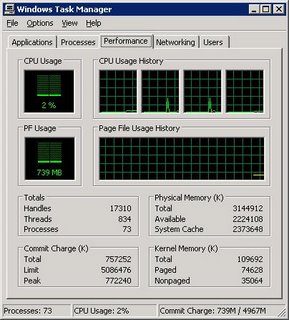